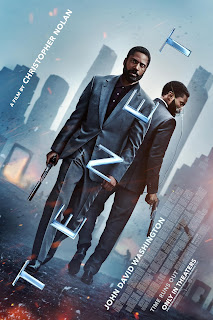 Never fear, we are here!! ... with another podcast! I don't remember when we reviewed a movie last, but here you go. Beware, this podcast is mostly Mark and Matt catching up, but we throw a little commentary about Nolan's TENET your way. A puzzle of a film that separates the nerds from the boys. You aren't paying attention unless you've made your own scratch paper version of the timeline by the tenth viewing. Not sure what it's saying, or what the moral of the story is, but who cares.... it's late-stage Nolan and it's a hoot. 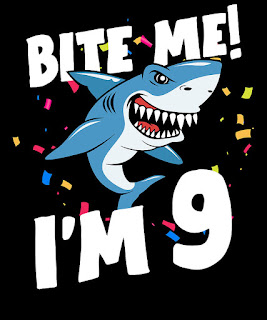 Matt and Mark arise from our collective Winter of Discontent and throw a little convo your way. No review this go 'round, just a little movie/film this-and-that sprinkled with our usual nonsense. We've been at it (kind of, sort of...) for 9 years, so if there's any reason to push out another podcast... Not dead yet, I'm sure we have a few more reviews in us. We're still holding out for our Spotify pay day, but oddly no offers! And we're too lazy to put up a Patreon. I think moving nickes and dimes around into our banking account would be too humiliating at this point. Enjoy! 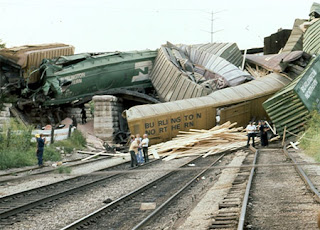 We intended to review Color Out of Space, but to actually label this podcast a review of such would be deceptive. Our podcast went off the rails with our current zeitgeist discussion of the run-up to the U.S's precarious Presidential Election and Mark and Matt's contentious opinions on all things 'Rona. So, if you want to actually hear our opinion on the movie, might want to fast-forward to 2:00:00 and listen to the 10 minutes of film discussion. I wouldn't really call this a Bonus Episode, because it wasn't planned... so here it sits. Enjoy?... .maybe?... It is, what it is... 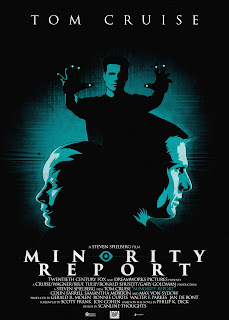 This go 'round we review the Spielberg Sci-Fi adaptation of the Phil Dick short story of the same name, Minority Report. Not a bad adaptation and it has the can't lose dynamic of the great Tom Cruise combined with the solid film making of Spielberg, however Matt and Mark still remain troubled by the titular focus of this film. While Minority Report is defined and described in the movie, it's the Pre-Cog "Echo" which becomes the fulcrum around which the plot twists. Was this intentional? Who knows. There's a striking amount of causal motivation problems that we somehow forgive... Why is John A. being chased? I dunno, but I hope he gets away! Because the film making is so solid, we tend to forgive its motivational transgressions. However, none of this would ever be admitted to by Ebert, who thought this film was as water-tight plot-wise as a frog's a'hole in a Pre-Cog tank.

329 Bill and Ted Face the Music 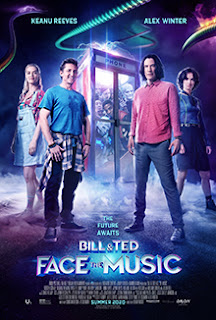 It's been along while since Mark and Matt rapped at ya', but are we still doing this goddamn pandemic thing? Geezus. Anyway, we head to the virtual movie theater and catch a showing of the new Bill and Ted movie. Is it good? It's a decent Bill and Ted movie, and taps the same vein of the original. Despite its 30+ year heritage, it becomes painfully aware that Bill and Ted are inter-changeable, and always have been. While Wayne and Garth and Beavis and Butthead mimic some of the same Bill and Ted vibe, the latter characters are distinctly their own. Could you reduce B&T to a single characeter? Yes, would he be called Bed or Till? perhaps.. and it wouldn't really matter. Excellent! 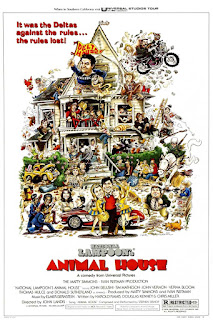 This week we complete the Twilight Zone director ensemble review them with Animal House by John Landis. For 1978 it pioneered the modern SNL-style comedies that we've all grown accustomed to (and perhaps tired of), but for its time it was somewhat ground-breaking. Standing out among all the fun performances was perhaps John Belushi's "Bluto", highlighting Belushi's incredible knack for physical comedy that has not yet really been repeated. Oddly, the film takes place in 1962, but was filmed in 1978.. not sure why, other than it excuses the film somewhat from the timely anchors of a modern status quo. 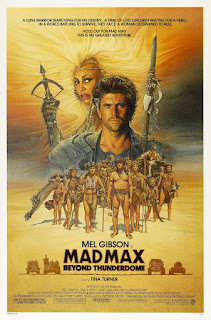 This week we finish up the Mastermind George Miller's Mad Max film series with the odd-man out of the even-film set, Beyond Thunderdome. A PG version of Mad Max 2's more visceral R, it has a little for everyone, kids, Tina Turner, pig killers, etc... A decent movie, there's really nothing to complain about, but alas it's a tad milquetoast for various reasons and is most definitely the lesser of the films. But that's okay. Regardless, it isn't forgettable, which makes it a worthwhile watch some 30+ years later.