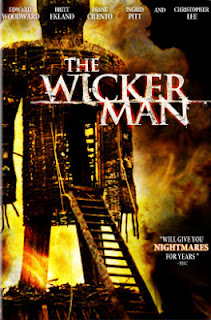 It's time for your appointment with The Wicker Man! This week we review the 1973 cult classic by Robin Hardy. Rated as one of the top ten British films of all time, The Wicker Man defies film making convention, skirting the line between horror and thriller, while making a comment on religion and its relationship to modern society. While paid nothing for his work, Christopher Lee stars as Lord Summerisle in this breakout role that would eventually lead him to later fame in the Lord of the Rings and the Star Wars prequels. Besides a little sacrificial unpleasantness, both Matt and Mark agree, to be a 'born again pagan' may not be all that bad. Enjoy!