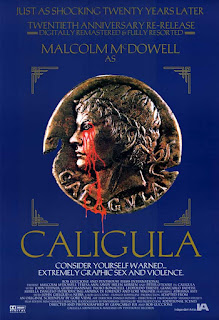 What happens when you merge a sword and sandals epic with 70's era pornography? Matt and Mark find out in this week's review of the "controversial" Caligula by Tinto Brass and famous Penthouse smut peddler Bob Guccione. Starring an A-list cast of notables, including Peter O'Toole, Sir John Gielgud, Malcolm McDowell and Shakespearean actress Helen Mirren, Caligula is a what we would consider, at the least, a watchable film. Minus a few digressions into porn nostalgia, Matt and Mark come to consensus that Caligula, while not exactly worthy of Ebert's famed no-star review, is more style than substance, but not in an "utterly worthless" or "vile" way. Grab yourself a bottle of Chianti and Enjoy!