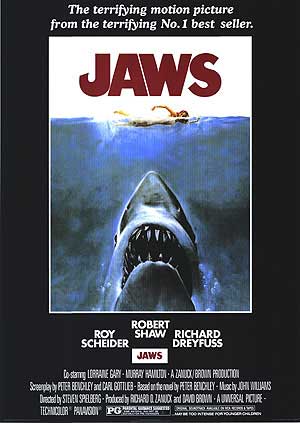 Mark's virgin viewing of the high-concept classic Jaws, from sophomore director Steven Spielberg. Mark gets to the heart of his prejudice against Spielberg and tries not to bring his baggage into the review, but we both find it fairly hard to defend the director's later efforts. Despite his reliance on emotional claptrap, Spielberg delivers a terrifying fish story held tight by the superb acting trio of Scheider, Dreyfuss, and Shaw.