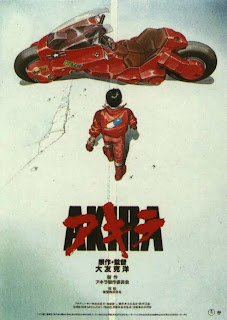 Matt and Mark review the Otomo classic Akira this week, taking stock of its 25 years and whether or not its message of creation/destruction is transcendent or buried in the generational zeitgeist of post-war Japan. Released at the height of the cyberpunk wave, its flashy urban grit and ground-breaking animation make for anime spectacle despite Matt and Mark's lament that the use of psychic powers is weak sci-fi sauce, but that's just nitpicking.