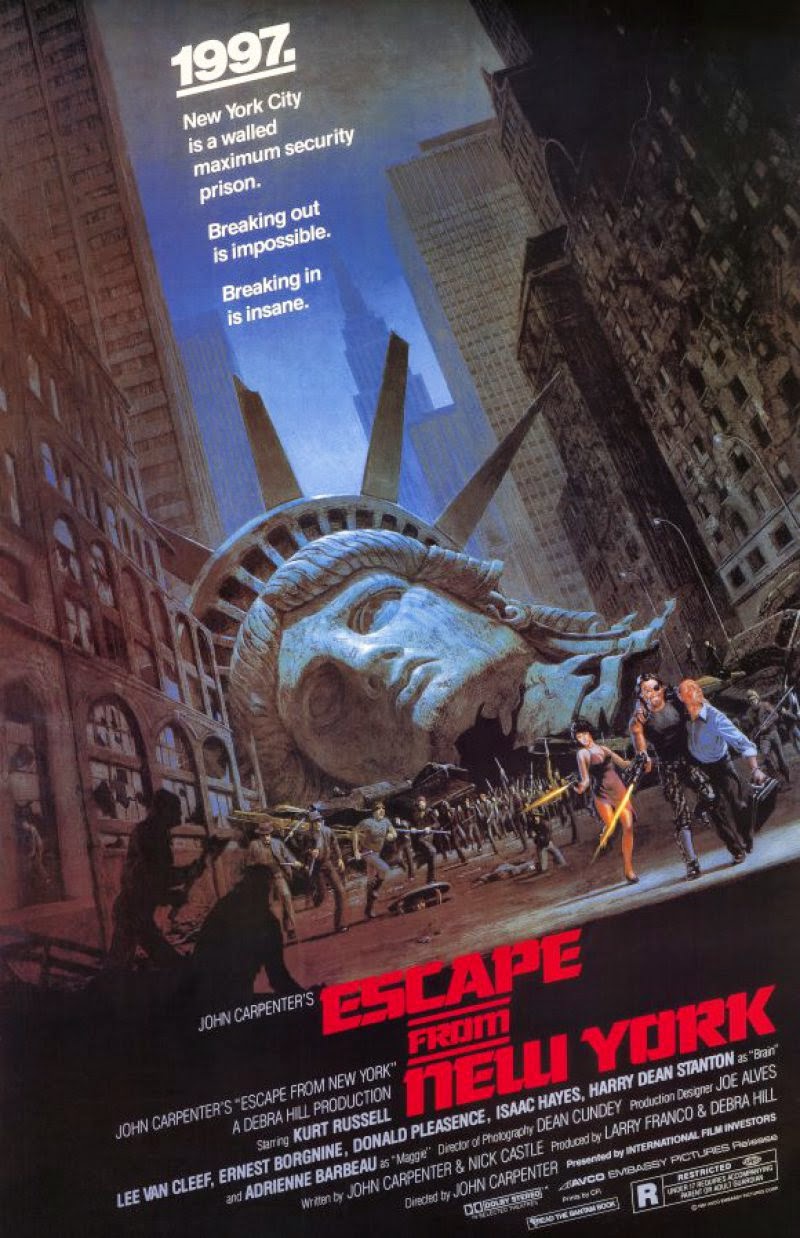 The third and final review of the John Carpenter/Kurt Russell trilogy, this week we discuss Escape from New York. Mark's virgin viewing coupled with Matt's nostalgia result in contrary opinions. Does Escape from New York really not work? Does its unique premise and the quintessential movie anti-hero Snake Plissken override some of its more 2D performances? It's hard to say. But one could argue if it really matters in the end. One thing we do learn watching Escape, is that the rumors of Snake Plissken's premature demise may have been greatly exaggerated.