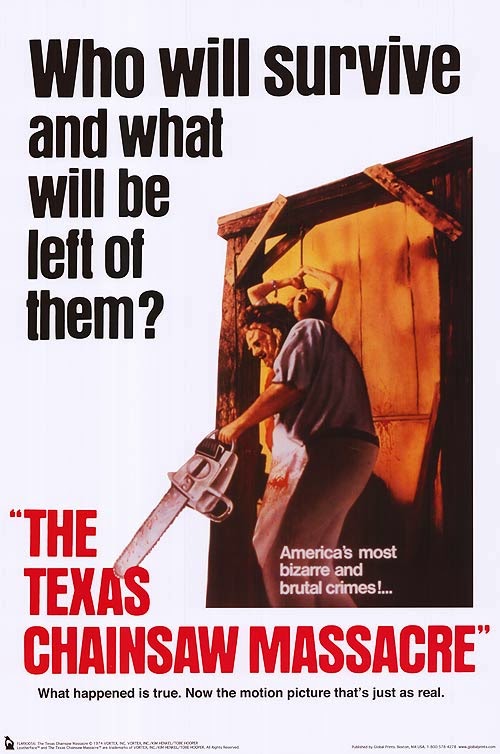 Our penultimate pick for our October "The horror... The horror.." marathon is the cult classic 1974 The Texas Chainsaw Massacre. A film that adds family life to the derangement of your standard slasher-killer horror film standby, TTCM is the inspiration for arguably better fair such as Rob Zombie's House of a 1000 Corpses. Sadly, most of the film is consumed in tedious chase scenes and waits until its last 20 minutes to truly reveal is genius. Worth a watch none-the-less.