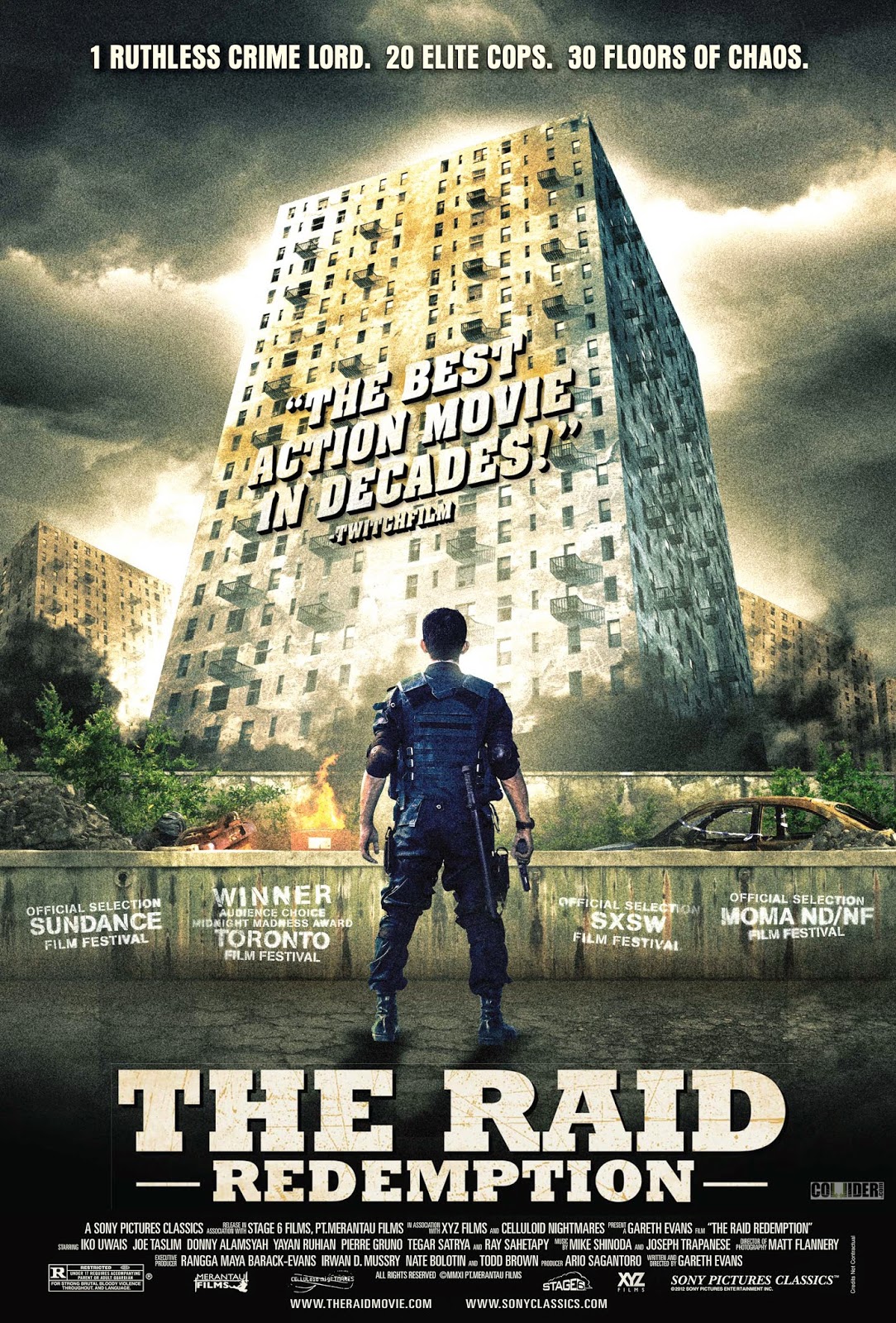 A film of choreography, physical expression, and near musical rhythm, The Raid: Redemption serves up kung fu style violence as a Bollywood film serves up its musical numbers. This not a film about violence, don't make that mistake, this is a film whose medium is violence. There's really no morality tale, despite the title. So if you're craving a blitz of gonzo chop socky, The Raid Redemption is for you!

Download: 151 The Raid: Redemption
Posted by Matt Rivett at 6:30 AM