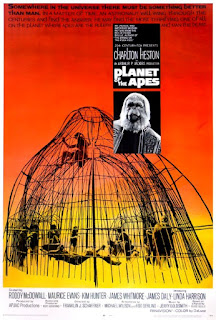 This week Matt and Mark go ape shit over Planet of the Apes. A straightforward piece of beautiful science fiction, PotA does the classic turn of reversing the world we take for granted. While assuming the position of a middle-ages clergymen, Dr. Zias is oddly perhaps the most sympathetic character of the film (at least he's not a miserable nihilist like that asshole Taylor). Is there such thing as a benign charlatan? While absolute truth my serve the individual, its role in culture may be something more complicated.