217 Shadow of the Vampire 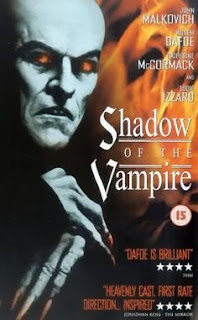 And Vampire Weekends keeps rolling with The Cult of Matt and Mark's vampire film movie review marathon. This week we review the 2000 indie film Shadow of the Vampire, starring powerhouse actors Malkovich and Defoe. While Matt developed a nascent pining for an "is it real?" theme, Mark re-aligns the compass and delves into the power of film and the historical schism it created when action itself could be cast in stone for later generations. A meta film, Shadow of the Vampire asks the hypothetical question: Was Nosferatu documenting the end of the vampire legend or its beginning?