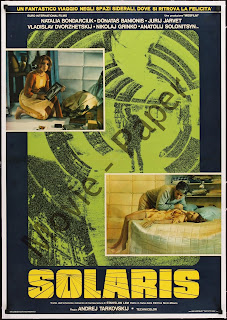 Matt and Mark finally get around to kicking out another podcast. This time we review the 1972 Soviet sci-fi classic Solaris. A well-reviewed film and ground-breaking for its era, Matt and Mark decide that for whatever reason its slow trudging art-house chic has grown a bit shabby. In our review we compare the film to its Stanislaw Lem source material (and recent translation) in addition to the latter-day remake by Steven Soderbergh. But none-the-less, the questions this film poses to the audience require insight and introspection, a form of sci-fi film making that we so preciously crave, but so rarely receive.