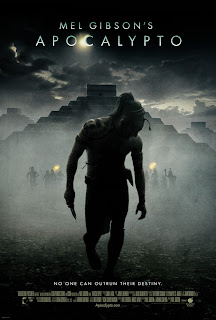 This review we go pre-Columbian with the Gibson action-chase film Apocalypto. Despite the criticism of its classic period Mayan portrayals, Apocalypto is a violent action film akin to modern fair. Why set it in during the Mayan fall? Why not? Despite it's odds-and-ends of Meso-american history, it commits no greater sins than your average sword and sandals epic. What Gibson shows us is something no one has ever seen in Hollywood films. Ever wondered what it might be like to be atop a Mayan period during an eclipse? Apocalypto gives you a peak, and for what its worth, it is distinctly memorable.