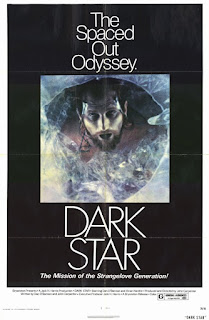 In space nobody can hear you laugh. Sadly, that seemed to be the case when John Carpenter and Dan O'Bannon (the writer of Ridley Scott's classic Alien) released their debut film Dark Star to audiences in 1974. Despite its poor box office sales, Dark Star has since become a cult classic with its generous mix of existential absurdity and Kubrik-style satire, giving new meaning to the word "smart bomb." Instead of focusing on Carpenter, which we plan to do in a later podcast, Matt and Mark discuss the late O'Bannon, whose mark on cinema is significant. O'Bannon would go on to contribute to the aforementioned Alien, but also wrote the scripts for some of Hollywood's most successful Philip K Dick adaptions, including Total Recall and Screamers. Enjoy!