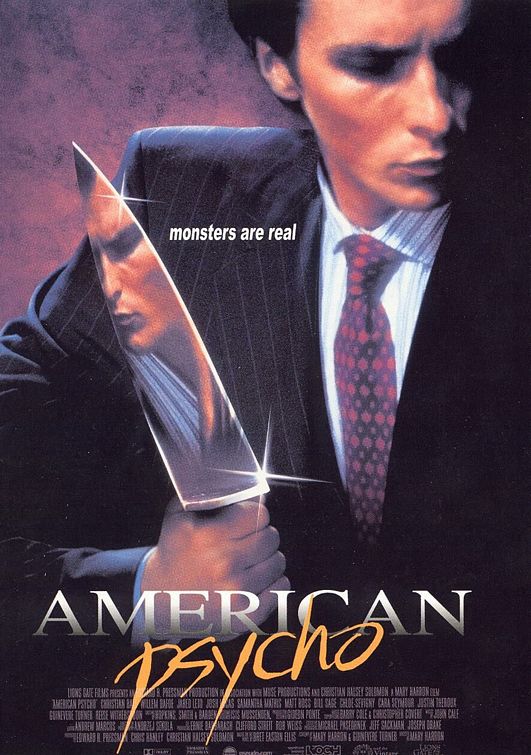 Is Christian Bale's Patrick Bateman a metaphor for corporate America, male narcissism, or both? Matt and Mark try to sort it out when we review the darkly satiric American Psycho, released in 2000. Matt rants about the Reagan era, embodied by Patrick Batemen's empathy-free consumerist machismo, while Mark brings up the hypothetical and controversial view that the only problem with serial killers is their choice of victim. And last but not least, R.I.P. Roger Ebert, you will be missed.

Download: 065 American Psycho
Posted by Matt Rivett at 6:10 AM