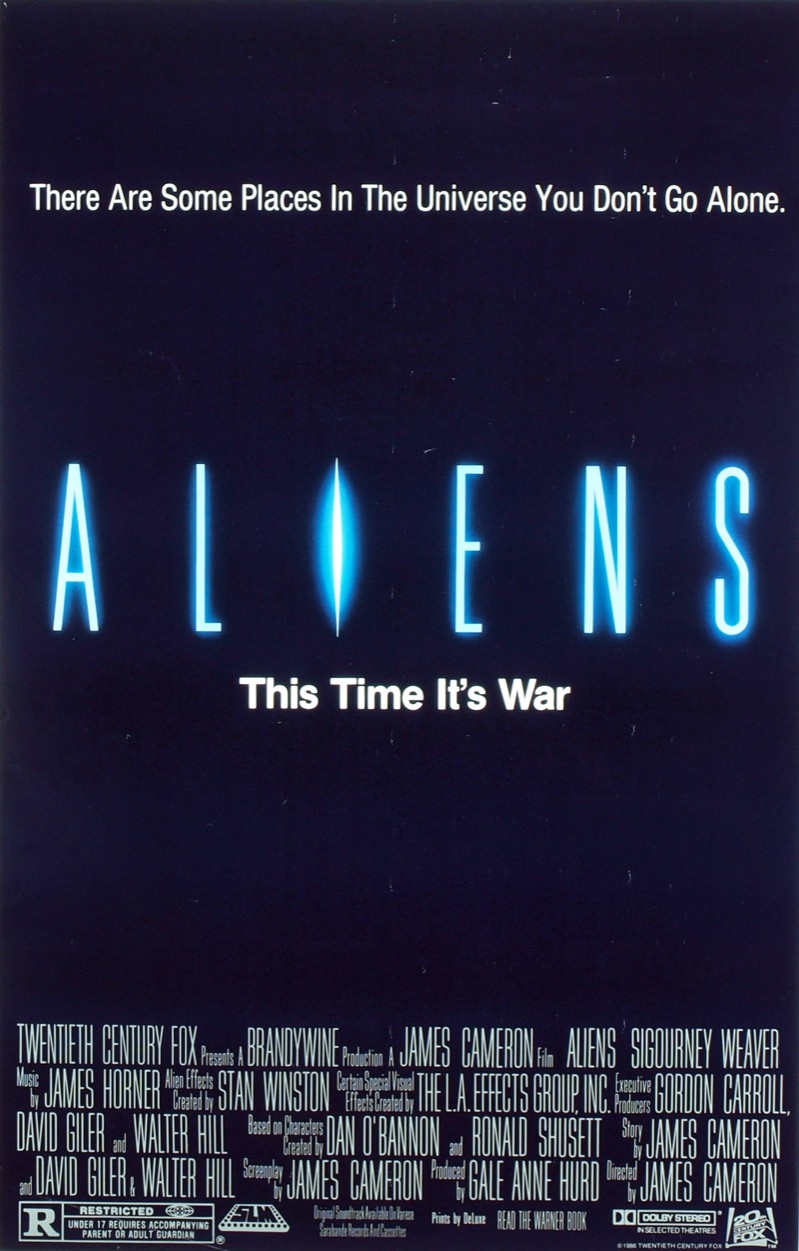 "We're in some real pretty shit now!" Well, it's good to see that in the far interstellar future of mankind, the institution of the U.S. Marines is spreading its diplomatic subtleties far and wide, perhaps no better embodied by the memorable Pvt. Hudson character played by Bill Paxton in James Cameron's epic sequel Aliens. Matt obsesses over James Cameron's flair for far future gadgetry while Mark muses on the humor of Hudson, literally and figuratively. After 27 years, Aliens is a terrific sci-fi film that's stood the test of time.