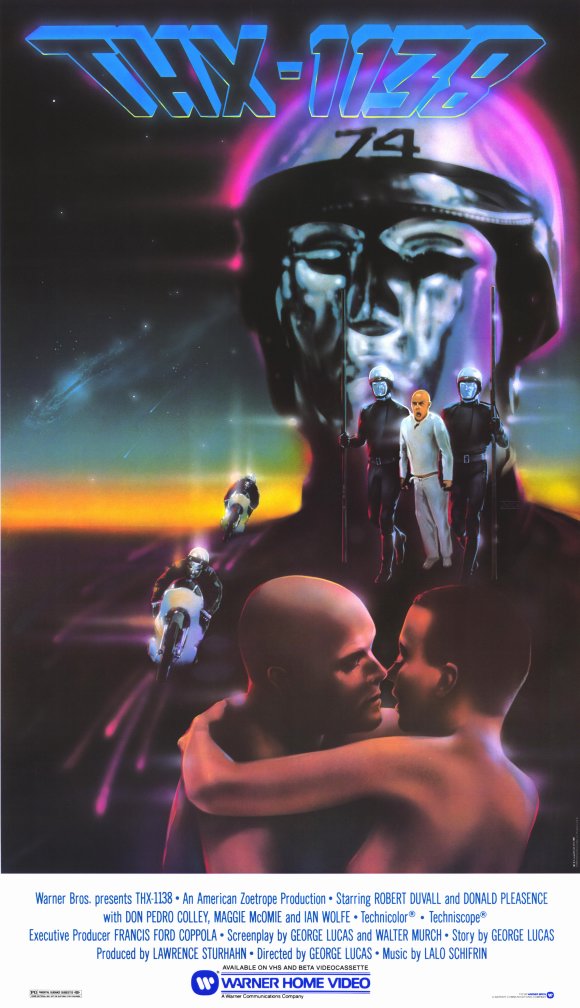 George Lucus's debut feature THX 1138 was one of the first and last Zoetrope films to be produced by Francis Ford Coppola's nascent production company. Before Star Wars and the ILM empire was founded, Lucas cut his chops on true Sci-Fi themes in this dystopic 1984 story revised for the 60's/70's bomb-shelter generation. Matt and Mark digest the themes of the film, embellished by a haunting sound track and stark sterile visuals. Both agree this is rock-solid sci-fi which mainstream film rarely dabbles in and few get right.