103 Return of the Living Dead 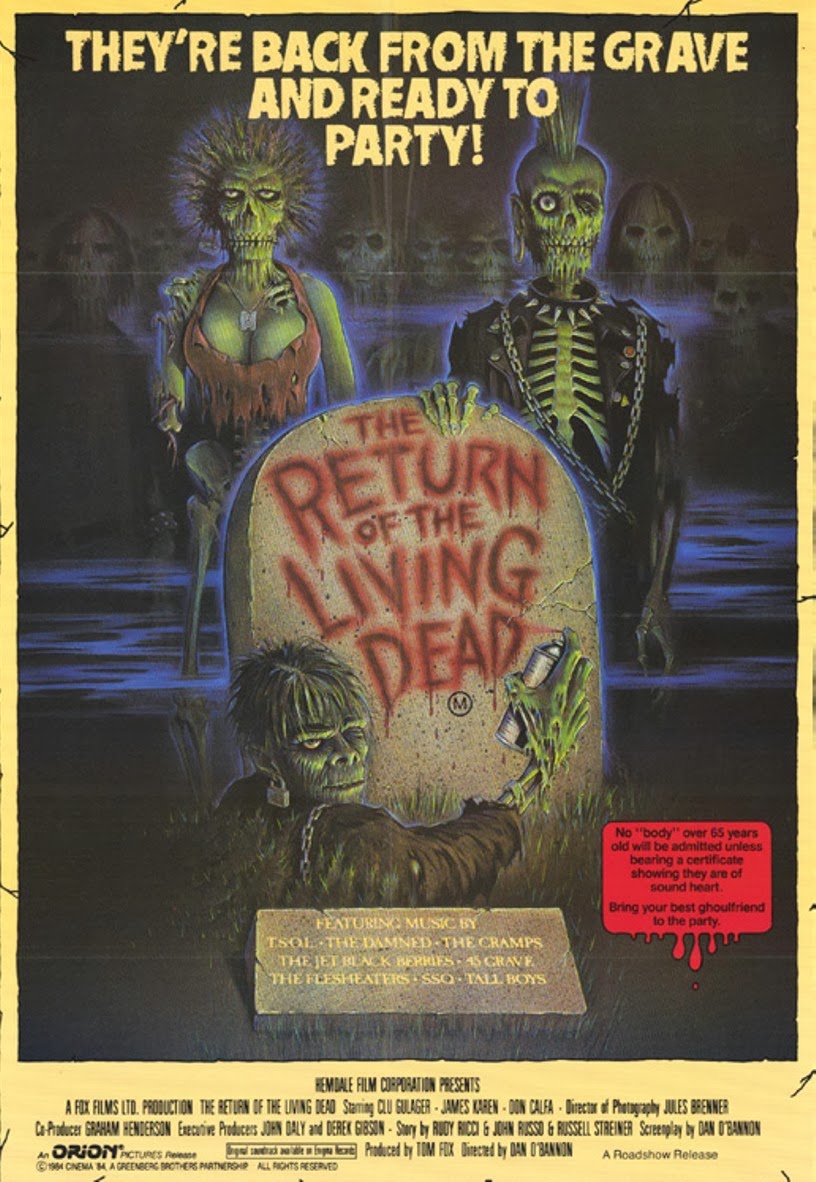 Once again Matt and Mark return to the sub-genre of horror comedy. A highly rated film by Alien screenplay writer Don O'Bannon, RotLD sets the mood for all slapstick zombie horror to follow ("brains... more... brains"). While Mark indulges the silliness and touts its original ideas, Matt is less engaged. Not necessarily an indictment of the film per-se as much as a 'been there, done that' attitude calloused by henceforth imitators. None-the-less a worthy outing.