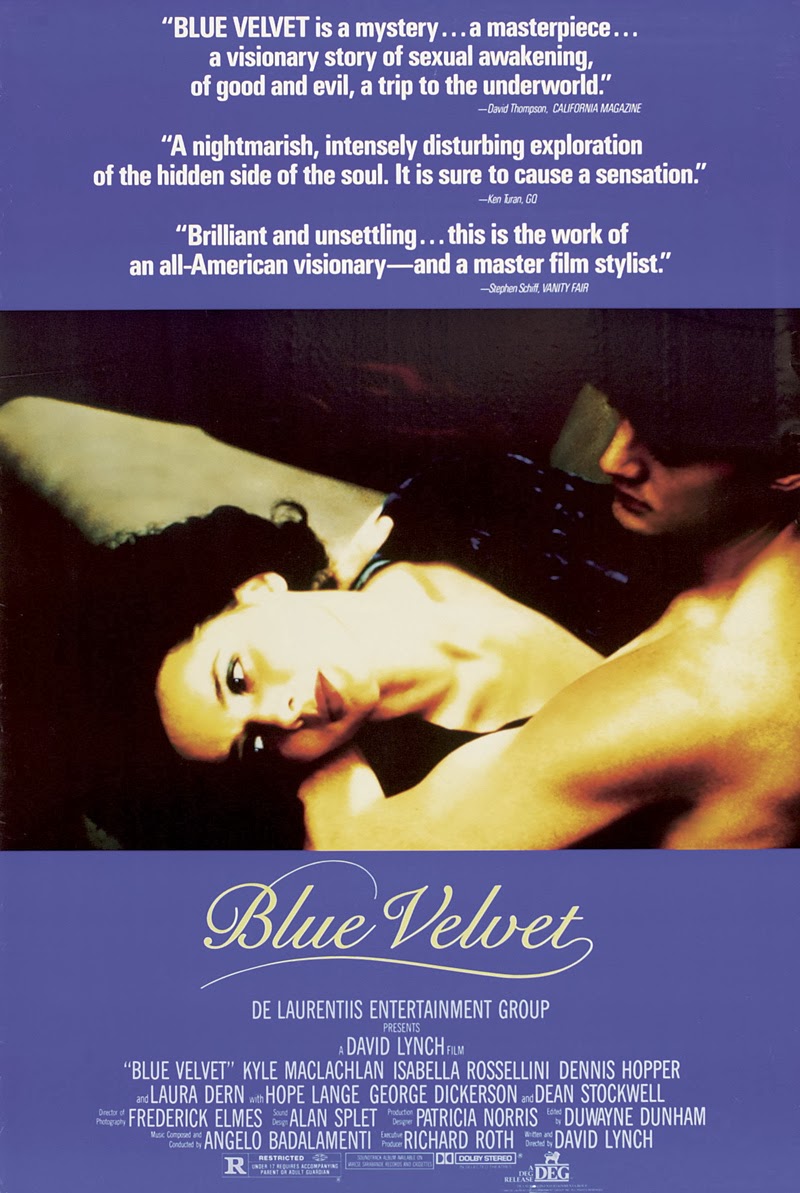 David Lynch's proto-Twin Peaks film Blue Velvet lays the groundwork for many of the quirks that define the film maker. A tale of curiosity, sex, trauma, and torture, Blue Velvet deals in darkness, but not in an exploratory way which many have criticized as giving the heavy subject matter short shrift. However, to take anything else out would be to leave the film bereft of its powerful imagery and atmosphere. Crack a Pabst Blue Ribbon you fucking fucks, and enjoy, because this... is... it!