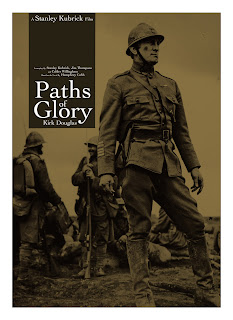 And we're back! Sorry for the delay, but after almost 200 episodes, life occasionally gets in the way of getting the podcasts out. This week we review an early Kubrick masterpiece Paths of Glory as part of our ultra-mini WWI movie marathon to commemorate the 100th anniversary. Mark boldly states this is one of the finest films he's ever seen and Matt can't really find anything wrong with such a pronouncement, as PoG manages to defy his nihilistic and cynical tendencies without contradicting them. From a film that exclusively depicts men at war, it's hallmark denouement, featuring the film's only female actor (Kubrick's future wife), is a cinematic landmark that resonates and transcends its subject material.