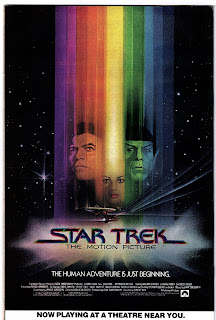 Going where no man has gone before, Matt and Mark review the 2001'esque Roddenberry big screen debut of Star Trek. A film intended to bring the spaced-out psychedelia of  Kubrik's pioneering film to the popcorn audience, it ended up being a mixed offering to the hardcore Trekkies. While Kahn II would set the trend of current Star Trek actioners, STTMP basked in the awe of the cerebral questions of creation and existence. Despite the spa-staff uniforms of the crew and the uneven effects, the initial Star Trek brings the goods to those willing to shun unrealistic expectations.