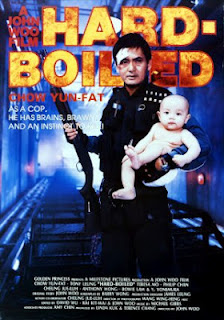 With a body count of 307, John Woo serves up a bullet-ridden slice of Hong Kong action with his 1992 breakout Hard Boiled. Cast from the Dirty Harry mold, Chow Yun-Fat's Tequila, with his ATF-Waco style of police intervention, is a hardened cop with a vigilante sense of street justice. Matt and Mark find it odd Tequila's ability to escape multiple manslaughter charges despite his sloppy gun play, but to inject reality into HB would only detract from its charm.