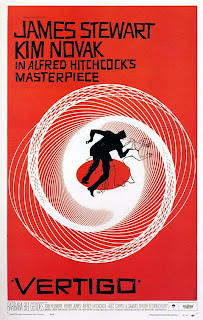 Usurping reigning champion Citizen Kane as the "Best Film of All Time" according to the British Film Institute (and thankfully so), Matt and Mark review Alfred Hitchcock's 1958 masterpiece Vertigo, starring James Stewart and Kim Novak. With such a weighty title, we try to give this film its due. Mark cuts to the l'essence of Stewart's John "Scottie" Ferguson character by calling Scottie out for his nascent pimp-hand as his obsession warps him into a most diabolical Pygmalion. Doing what M.Night Shyamalan attempts but rarely succeeds at, Hitchcock pulls off one of movie history's famous twists. With a beautiful mid-century San Francisco as the backdrop, Vertigo has most definitely earned its BFI accolades. Enjoy!